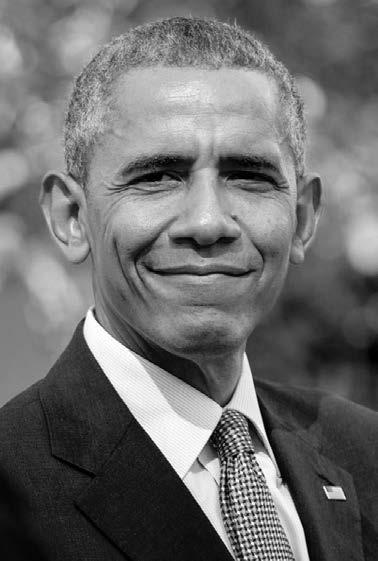 Black History Month: Celebrating the Trailblazers
Barack Hussein Obama II was born August 4, 1961, in Honolulu, Hawaii. His father, who grew up herding goats in Africa, earned a scholarship allowing him to leave Kenya and pursue his dream of going to college in Hawaii. It was while studying at the University of Hawaii at Manoa that Obama Sr. met fellow student Ann Dunham. They married on February 2, 1961, and Barack II was born six months later.
Obama’s father left soon after his birth, with the couple divorcing two years later. Obama ended up being raised in Hawaii, at the home of his maternal grandparents, where his mother and half-sister would eventually join him.
In Hawaii, Obama attended the venerated Punahou Academy where he graduated with honors in 1979. Being one of only three black students at Punahou, he endured racism and understood what it meant to be African-American. In 1979, Obama entered Los Angeles Occidental College, before transferring to New York’s Columbia University, where he graduated with a political science degree in 1983. Obama then went on to graduate magna cum laude from Harvard Law School in 1991.
In 1989, while still attending Harvard, Obama took a summer job at the Chicago law firm of Sidley Austin. This was where he would meet his future wife, Michelle. After graduating from Harvard, Obama moved to Chicago, where he worked with a group of churches to help rebuild communities devastated by the closure of local steel plants. He taught constitutional law at the University of Chicago and began a career in public service, where he would win seats in the Illinois State Senate and eventually the United States Senate.
On November 4, 2008, Barack Obama was elected the 44th President of the United States, winning more votes than any candidate in history.
Published February 22, 2021 Print